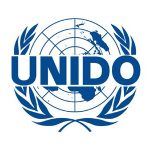 High-level government decision makers, top business leaders and senior representatives from industry, heads of international organizations and outstanding scientists in the fields of technology policy, research and development, will meet at the Second Regular Technology Foresight Summit, to take place from 27 to 29 September 2007 in Budapest, Hungary. With special focus on water productivity in industry, the Summit 2007 will address future-related trends in Central and Eastern Europe and the Newly Independent States by using foresight methods for consensus building and strategic decision-making to achieve sustainable industrial development. Organized by the United Nations Industrial Development Organization (UNIDO), in cooperation with the Government of Hungary, and co-financed by the Governments of Austria, Czech Republic and Slovenia, the Summit will consist of four components: A Symposium on Water Productivity in the industry of the future, which is devoted to cross-cutting issues in water availability and quality and will discuss emerging technologies to optimise the use of water by industry and to avoid water discharge A Water Technology Fair of the Future, where leading companies and research institutions will present perspectives, prototypes and processes for sustainable use of water by industry A Ministerial Round Table will bring together top governmental decision-makers to discuss the impacts of industrial development on water demand and consult towards a zero-discharge consensus Technology Foresight thematic panels will present select experiences and concepts of foresight as a key instrument for enhancing innovation and identifying critical future technologies.

Technology foresight covers an activity th at means thinking, debati ng and shaping the future. It aims at identifying today’s research and i nnovation priorities on the basis of scenarios of future developments in science and technology, society and economy. This process involves different stakeholders, public authorities, i ndustry, research organisations, non-governmental organisations. Technology foresight defines strate gies for the desirable future. These results are of utmost importance as they provide a si gnificant input for the public decision-making process. Technology foresight is even more essential today due to the complexity of science, technology and society interrelati onships, the limitation of fina ncial resources, the increasing speed of scientific and technological change. These factors s timulate the governments and the actors in the research and innova tion system to make choices . Hungary launched the first Technology Foresigh t Programme (TEP) in Central and Eastern Europe in 1997. The aim of the programme wa s to improve the long-term international competitiveness of the country and to enhance th e quality of life. It was fully funded by the Hungarian Government with a bud get of 1 million euros for four years. Several proposals of the study have been used for policy making in the following some years. In the last 10 years Hungary participated in several Technology Foresight projects (e.g. twinning project with the Czech Republic, bl ueprints programmes for DG research, TF culture enhancement for Central-Eastern-Europ ean countries – IPTS “For Learn” project, participation in the UNIDO training programme, etc. ). Hungary, in close cooperation with UNIDO has b ecome a driving force in Regional Initiative on Technology Foresight for Central and Eastern Europe and NIS (Newly Independent States) since 2000. The first Technology Foresight Summ it was organised in Budapest in 2003. It was devoted to raising awareness on key areas of the economy such as competitiveness, innovation, strategic planning and decision-m aking; the highlighted issue had been biotechnology. According to a UNIDO decisi on a virtual Regional Technology Foresight Centre was established in Budapest in 2006