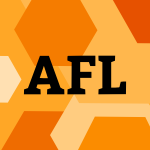 AFL 1990 – International Conference on Automata and Formal Languages.The AFL conferences cover all aspects of automata and formal languages, including theory and applications. The conference series was initiated by Prof. István Peák (1936-1989). He organized the AFL conferences in 1980, 1982, 1984, 1986 and 1988 and started the organization of AFL’90. These conferences were all held in the hills around Salgótarján. Since the untimely death of Prof. István Peák, the AFL conferences have been organized in every third year. Professors András Ádám and Pál Dömösi took the lead in the continuation of the series. In 1990, 1993, and 1996, three more “Salgótarján conferences” took place. Nowadays a Steering Committee takes care of the continuation of the AFL series.